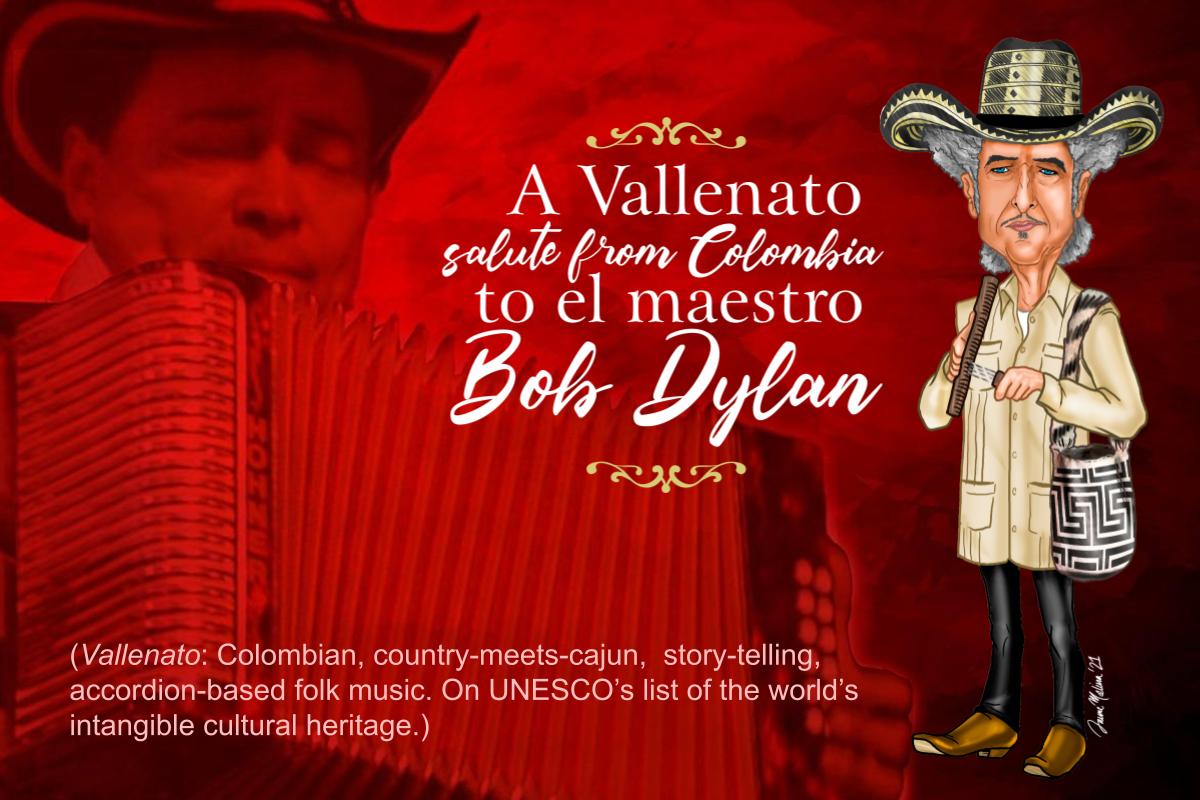 Just Like Tom Thumb's Blues
The Times They Are a-Changin'

A birthday greeting to Bob Dylan from Colombia

Rock composer and artist Bob Dylan is one of the world’s leading contemporary artists.

For 59 years he has released critically acclaimed records and has always gone his own way, repeatedly redefining what rock and popular music are. Like when in 2019 he released a 17-minute song about (among other things!) the assassination of John F. Kennedy that reached number one on the Billboard chart in the US.

He has even redefined what literature is. In 2016, he was the first composer to receive the Nobel Prize in Literature for his lyrics.

He is an artist obsessed with sharing his art with his public face to face. On the “Never ending tour” that began in 1988, he has played more than 3,000 concerts until the Covid-19 pandemic temporarily halted the tour.

Bob Dylan enjoys enormous respect among other artists. Canadian poet and composer Leonard Cohen has said that someone like Bob Dylan appears every 3 or 4 centuries. Former Beatle Paul McCartney has said that Bob Dylan is the only person he’s nervous about talking to. “Because what do you say to Bob Dylan?”

At Centro Cultural La Provincia, all we have to say to the great artist, are the traditional greetings shouted in the vallenato songs: ¡Ay ombe! ¡Un saludo vallenato, Maestro Dylan! 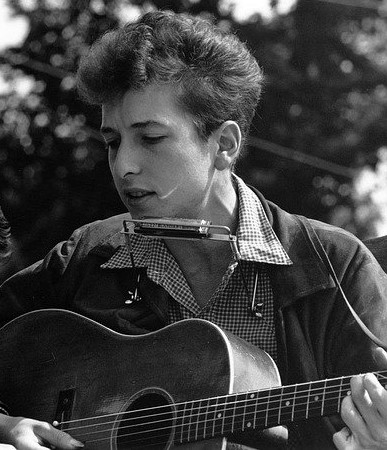 And as a small gift to the man who has given so much to the world, we have recorded two of his classic songs to the vallenato rhythm. Which songs it is, will be revealed at the launch and press conference at the La Provincia cultural center, Saturday, May 22.

The accordion player is last year’s vallenato king in Colombia, Manuel Vega. He is accompanied by some of the best vallenato musicians: on the caja Leonidas Alvarez, Edwin Machuca on the guacharaca, Arnulfo Pajara on the congas, Manuel Alejandro Vega on the piano and Estevenson Arnedo plays guitar and bass. The singer is the Norwegian Øystein Schjetne.

"Bob Dylan probably had a greater impact on people of my generation than any other creative artist."
Bill Clinton 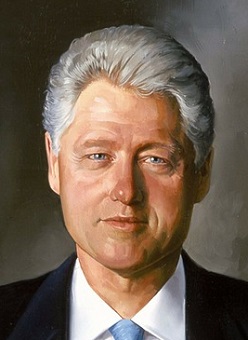 "Someone like Bob Dylan appears every 3 or 4 centuries, he represents and embodies all the most beautiful aspirations of the human heart. He is unique and stands unparalleled in the music world, he will remain the headlight of all singers and musicians of the future generations."
Leonard Cohen

"There is not a bigger giant in the history of American music. (His music) redefined not just what music sounded like, but the message it carried and how it made people feel."
Barack Obama 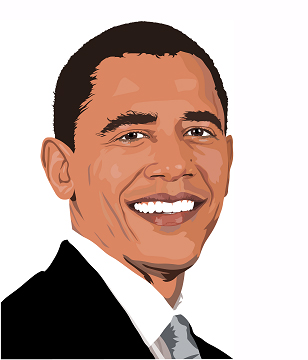 Vallenato is an accordion-based, storytelling music that originated on Colombia’s Caribbean coast. Vallenato is referred to as a Creole music genre since it is the result of the meeting of three different musical traditions: the European, the African and that of the Native Americans. The music was originally performed by travelling accordionists who wrote songs about their own lives and about events that took place in the region.

Which are the main instruments in vallenato?

The main instruments in the genre are the accordion, la guacharaca (a so-called friction idiophone) and la caja (a kind of bongo drum), and these three musicians together with the singer form “el conjunto vallenato” – the vallanato band. Before the accordion made its entrance in the middle of the 19th century, the gaita flute was used. In the 20th century, Vallenato was also played guitar-based, such as by Guillermo Buitrago and Julio Bovea, or with wind instruments such as the big bands of Lucho Bermúdez and Pacho Galan. Today, vallenato is often performed by orchestras with a variety of modern instruments.

Which are some of the most famous vallenato songs?

The most famous vallenato song is undoubtedly La gota fría by Emiliano Zuleta. It was composed in 1936 and the lyrics are an attack on Zuleta’s rival, Lorenzo Morales, as part of their rivalry to be recognized as the best vallenato musician. It has since been recorded in ever new versions, including by Carlos Vives and Julio Iglesias.

Who are considered the most important vallenato composers?

What is a vallenato parranda?

A parranda vallenata was originally a festive group with good friends where several vallenato musicians participated. Such a party usually had around 20 participants and could last a couple of days in a row. Traditional food from the region was served along with whiskey (Old Parr or Bucanans), and people listened (not danced) to and discussed the songs and the performers.

Today, parranda is often used for a small concert by a vallenato band, for example at a birthday party.

The Nobel Prize to Bob Dylan was the first prize awarded to a composer for lyrics. With one possible exception: Gabriel Garcia Marquez, who received the award in 1982, has claimed that his masterpiece One Hundred Years of Solitude “is nothing more than a 350-page vallenato song”.

As a young journalist, Garcia Marquez spent weeks at a time traveling in the region where the music came from to visit the old composers and traveling musicians. He later stated that it was on these journeys “that I found all the roots of One Hundred Years of Solitude and of everything else” and that after the journeys he “no longer needed to read anything more, or do anything else, to write. everything I have since written. My education was completed. ”

The classic vallenato music is often storytelling and always self-experienced. In a newspaper article in 1950, Garcia Marquez wrote that “there is not a single letter in the vallenato songs that does not refer to a particular episode in real life, to one of the poets’ experiences. A juglar (minstrel) from the river Cesar does not sing for no reason, not even when he feels like it, but when he feels a call to do so after being affected by a specific event.”

The juglar  was for centuries a traveling composer, musician and poet. It is a great pleasure for Centro Cultural La Provincia to use the cultural heritage they have given to the world to pay tribute to the greatest contemporary juglar on his 80th birthday, el maestro Bob Dylan.

"I don't know how the accordion can be so communicative that when we hear it, our feelings get wrinkled."
Gabriel García Márquezsobre el Vallenato

“My influences, especially in Colombia, are extra-literary. I think that more than any book, what opened my eyes was the music, the vallenato songs. "
Gabriel García Márquezsobre el Vallenato

“In Aracataca I saw, as a child, the first accordion player. (…) And for me it was a revelation, how you could tell stories singing, how you could find out about other worlds and other countries and other people through the things they told singing."
Gabriel García Márquezsobre el Vallenato

If you would like to get involved in our cultural and social activities, get in touch!

Come visit and enjoy what Centro Cultural La Provincia has to offer...

Enjoy a well-deserved rest disconnected from everything

Enjoy the most delicious dishes of our gastronomy

Albalab is our training center for the youth in the local community.